XYZ founder and Kalandanya Music Promotions rapper Slapdee has unpublished his page. Early in the morning, we just learnt that Slapdee’s page has disappeared. A lot have been hurt since the time they heard Slapdee jumping on those PF political songs for they always consider him as the king of HipHop who has always abstained from politics. Fans have turned against him for supporting the leader almost everyone is against with despite him exercising his democratic rights.

Yesternight Slapdee wished the UPND leader Hakainde Hichilema popularly known as Bally a happy Birthday with a diminished photo. Fans got furious and brusted him by calling him cadre.

Just in the morning of 5th June, we just came to learn that his Facebook has disappeared. Just after Yo maps tried to fool us by hiding his YouTube videos and restoring them to seek mercy from his fans now also Slapdee has inherited his behavior !! 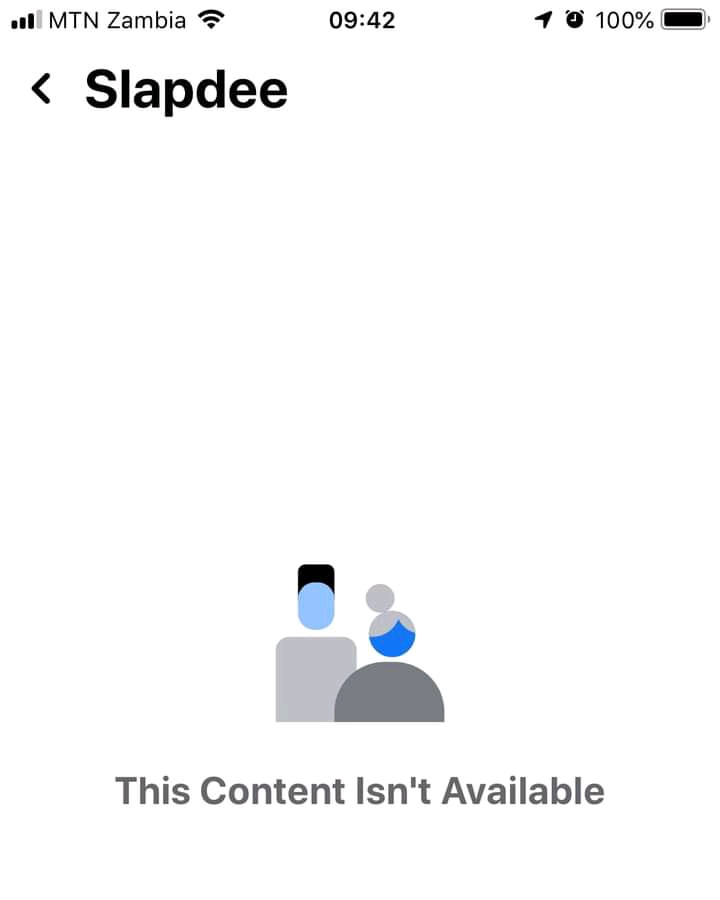 These idiotic must end we as Zedwap can’t be fooled to such nonsense hence we will tell the truth nothing but the fucking truth.