ZambianMusic.net has confirmed that, in October 2020, Lusaka based rapper Diego Daxy paid a total of K3,500 (approximately 140 US Dollars) to Harry Mwanza also known as Hmac.

Hmac had earlier convinced Diego Daxy that he would help him secure a collabo with Slapdee. Two weeks after pocketing Diego’s hardly earned money, Hmac started playing the hide and seek game.

Early November, Hmac started insulting me, threatening me and went superfluous warning me to stop calling his phone – said the depressed Diego Daxy.

This morning, a reliable source told this website that, Diego Daxy intends to sue Hmac if he fails to settle the matter within a weeks’ time from now.

Asked whether he is still interested in the collabo with Slapdee, Diego Daxy said No. All I need now is my money with interest and damages – added Diego. 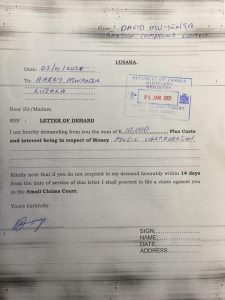