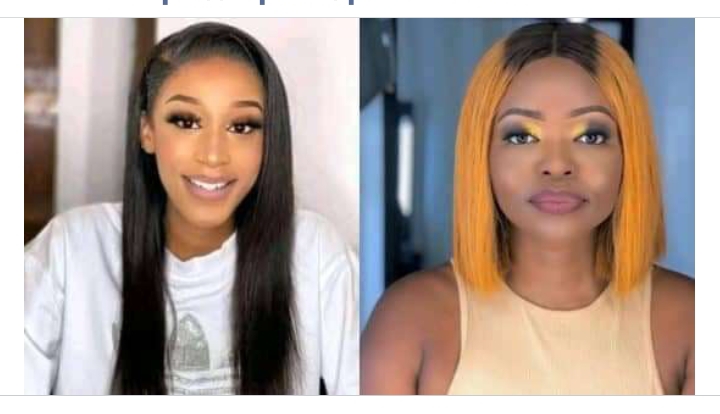 Yo Maps‘ fiancee “Kidist” today took it to social media to issue a statement pertaining Yo Maps’ relationship with his daughter Bukata. This follows after Bukata won a Diamond TV‘s Personality of the year Award of which both Kidist and Yo Maps didnt congratulate her which led to uproar from fans.

The Statement was issued on behalf of Yo Maps, at least according to Kidist. In the long statement attached below, Kidist narrates how Mwizukanji has been declining to sit down with Yo Maps and elders to discuss child support. She also revealed that Mwizukanji at one point even said Bukata isn’t Yo Maps’ Child and has been declining any effort by the couple to reach out.

NOTICE TO THOSE IT MAY CONCERN! In respect of the various brands involved | think it’s about time we call a spade a spade. On behalf of my husband, never not once has he ever rejected his first child and neither have |. That was something that | needed to respect and accept by virtue of choosing to love and be with him. We have been facing several challenges off social media with regard to the supporting as well as building of connections with the princess because parties involved are still scorned. It is painful for him to have to be distant in the way that he has been but whenever family meeting were held, our sister who is still very much aggressive in handling these issues never availed herself so under family instruction from both families we were told how to handle this issue and will do like wise. Several alternatives were put in place such as child support being paid by a relative but unfortunately it was always returned. In a phone conversation that happened a few months ago we were told that the child DOES NOT BELONG TO HIM and that the names were to be changed by the child’s mother. This was taken for a joke until it was mentioned AGAIN in a family meeting. Please do not rush to involve yourselves in things you are not fully aware of, we have decided to deal with this legally. With regards to the awards, there is absolutely no way we can come out and applaud something that goes against our beliefs and values. It cannot happen that way! Thank you.