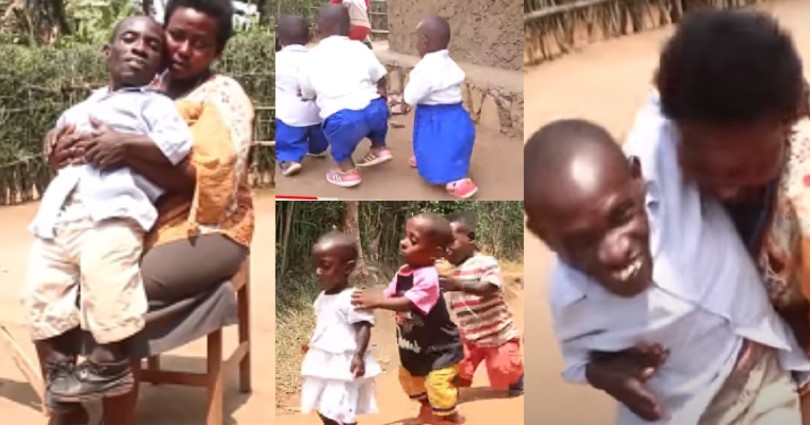 The story of a diminutive African man and his family has touched hearts across the world as he shares how his wife married him despite his physique.

The man whose name we are yet to identify revealed in a video shared on Youtube that he was born a dwarf and while growing up, he was subjected to bully and ostracism in his community.

According to him, he found a woman who is not like him agreed to be his wife and God blessed them children who inherited his dwarfism.

He recalled how he told his wife about going on a suicidal mission if she marries him yet, his wife chose to spend the rest of her life with him and they live a happy family life together.