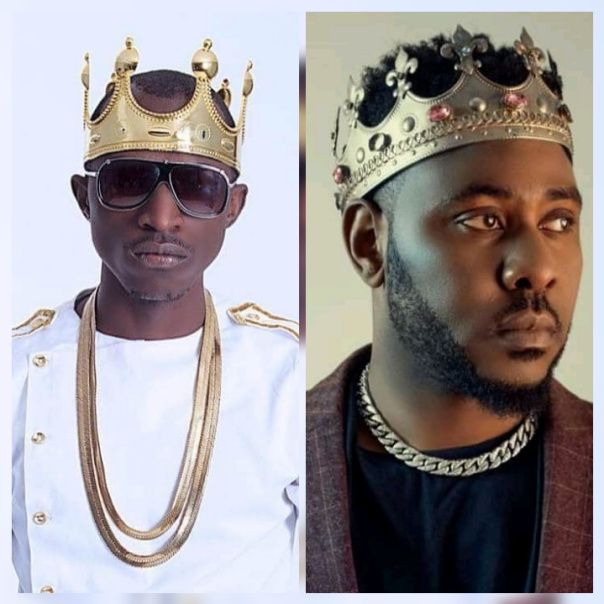 Prominent International and award winning photographer, Cornelius Mulenga popular known as Chellah Tukuta believe Macky 2 is better than Slapdee. In his own words he said Slapdee is superb, but his pride kills everything.

Chellah Tukuta has been using his large social media platform for a lot of good lately. Including promoting Zambian artists.

However, when it came to Slapdee today the celebrity photographer did not have a lot of kind words to say.

He compared Slapdee to an artist of equal status Macky 2. About Macky2 he said;

“Macky2 will go down in history for helping lift up upcoming artists.” He referred to Macky2 as a living legacy for impacting young people. And also said his humility will keep him on top for a long time.

“Slapdee is very talented and very good with his style of music, but his pride kills everything.”

He further alleged that Slapdee wants all the glory on himself and doesn’t want to share the glory. 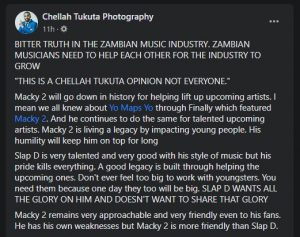 Slapdee has not responded, but Chellah has faced the wrath of the hip-hop artists fans. Many have called Chellah out for not helping upcoming photographers.