Zambian Hip-Hop artiste – Chef 187 has become the topic of discussion after he appeared to throw shade at Slapdee on his Twitter page. The Numero Uno joined the social media trend of voting for Cassper Nyovest other than Slapdee at the AFRIMMA 2021 awards.

In a somewhat weird Tweet Chef 187 seemed to suggest he would rather vote for Cassper Nyovest. This then sent social media into an uproar with mixed reactions as many suggest he was throwing shade at the XYZ Founder. 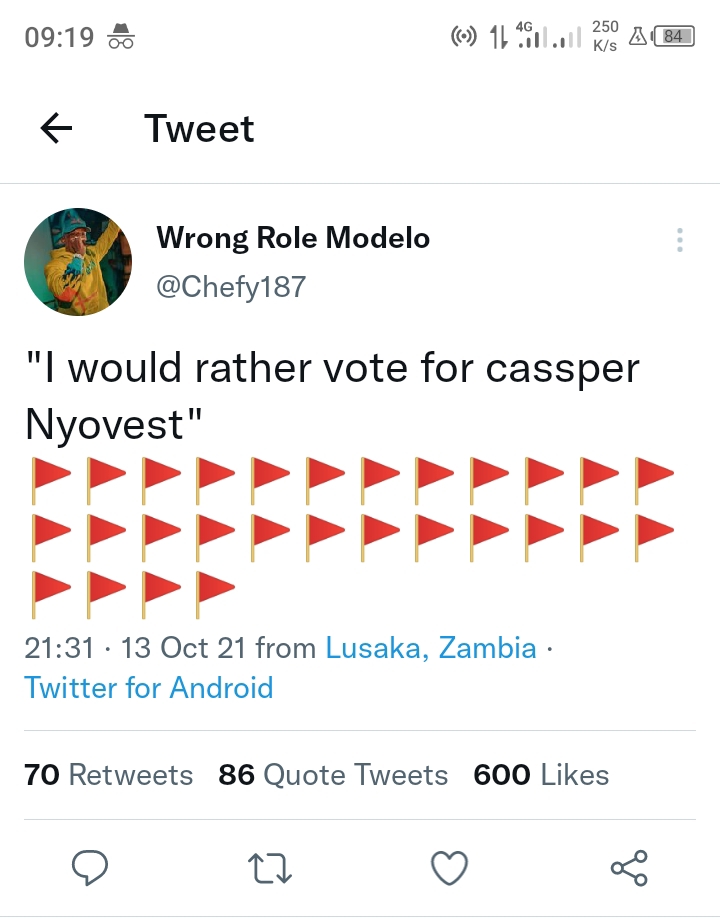 Both rappers have been at odd over the years since Chef 187 sent him direct shots on Macky2‘ “I am Zambian HipHop” more than a decade ago. This has since made it impossible for the 2 to collaborate despite Macky 2 teaming up with his former rival on songs.